Was Donald right about 'talent'? 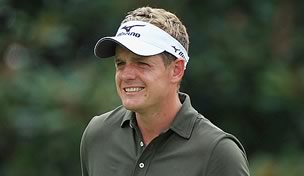 Getty Images
FARMINGDALE, NY - JUNE 22: Lucas Glover plays a shot on the fifth hole while caddie Dan Cooper looks on during the continuation of the final round of the 109th U.S. Open on the Black Course at Bethpage State Park on June 22, 2009 in Farmingdale, New York. (Photo by Andy Lyons/Getty Images)  -

Luke Donald caused a stir when he said Rory McIlroy has more talent than Tiger Woods.

Later, trying to clarify his remarks, he took to Twitter to explain, saying that while he feels McIlroy has more talent, Woods has the edge in work ethic and mindset, and remains the greatest player Donald has ever played with.

So here's the question: Is Donald right?