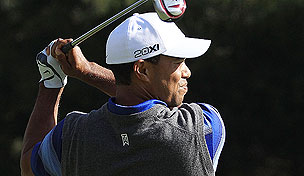 EA Sports unveiled the new golfers and courses which will be included in Tiger Woods PGA Tour '13, to be released on March 27.

A handful of new courses can also be played in the game, including five major championship venues. The Ocean Course at Kiawah Island, Valhalla and Crooked Stick - all PGA Championship sites - have been added. Royal County Down and Royal Birkdale round out the new course offerings.

In the Collector's Edition, five additional courses will be available: PGA National, Pinehurst No. 2, Oakmont CC, the Old White TPC at Greenbrier Resort and the Straits Course at Whistling Straits.