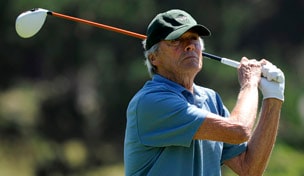 Getty Images
Rory McIlroy of Northern Ireland looks on during the Pro-Am ahead of the BMW PGA Championship at Wentworth on May 20, 2015 in Virginia Water, England. (Photo by Ian Walton/Getty Images)  -

According to an AP report, Clint Eastwood was attending a party earlier this week at the AT&T Pebble Beach National Pro-Am when he noticed John, tournament director for the event, appearing to choke. The 83-year-old actor quickly performed the Heimlich maneuver on John, who credited Eastwood with saving his life.

"We were just talking," John told the Carmel Pine Cone. "A piece of cheese went in my mouth, and suddenly I couldn't breathe. It was as bad as it could have been."

Eastwood, who serves as chairman of the Monterey Peninsula Foundation and annually presents the trophy to the tournament's winner, knew immediately that something was amiss.

"I looked in his eyes and saw that look of panic people have when they see their life passing before their eyes," said Eastwood. "It looked bad."

It was the second time in John's life that he has required the Heimlich, but the first time Eastwood has been in a position to perform the maneuver. John explained that the four-time Oscar winner knew exactly what to do in the situation.

"He lifted me right off the ground. He's strong," said John, who weighs 202 pounds. "The cheese popped out, and I was fine." 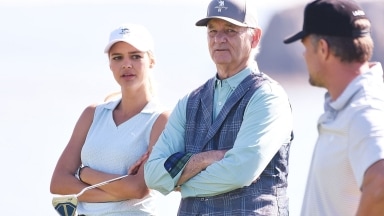 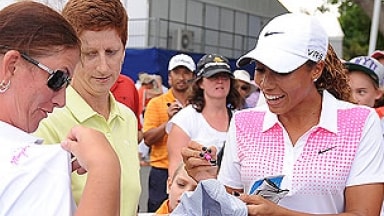 Quotes of the Week: Woods and Woods

From 'Dirty Harry' explaining how he saved a life to Cheyenne Woods talking about coping with a famous last name, we present this edition of Quotes of the Week. 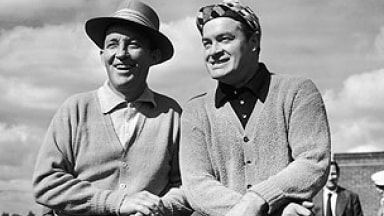 In honor of this week's AT&T Pebble Beach National Pro-Am, the descendant of the old "Crosby Clambake," we present a look back at celebrities and golf.