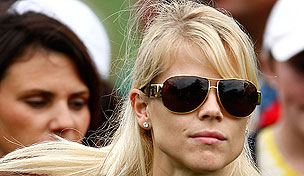 Tiger Woods' ex-wife, Elin Nordegren, has razed the $12.3 million estate she purchased after her divorce settlement from the 14-time major winner.

Nordegren obtained a permit to tear down the 17,000-square-foot home, located in the Seminole Landing development near North Palm Beach, according to the Palm Beach Post. The home is located approximately 10 miles from a home Woods is having built on Jupiter Island.

While the work is being done on the property, Nordegren is living in a nearby condominium.

The house which previously sat on the grounds was built in 1932 and had eight bathrooms, as well as an elevator.

The 32-year-old former model ended her six-year marriage to Woods in August 2010 and has custody of their two children, Charlie and Sam Alexis.