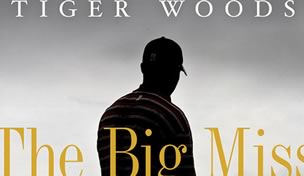 News this week that Hank Haney was in the final stages of a book chronicling his six years as Tiger Woods’ swing coach was met in mixed quarters with equal parts anticipation and anxiety.

But “The Big Miss,” which was co-written by Golf Digest’s Jaime Diaz and scheduled for release on March 27 by Crown Archetype, is neither a “tell all” nor vindictive. In simplest terms 'The Big Miss” will be a history book with an intimate perspective.

“There are so many things I learned from being right there that are exciting to share. When you witness greatness close up like that, you want to talk about it,” Haney told GolfChannel.com. “Everybody has watched Tiger, but no one has ever talked about it who has watched him up close. Everyone has speculation of things but they are really just guessing. I’m not guessing because I was there.”

From his earliest days working with Woods, Haney had thoughts of one day writing about his time with the generation’s best player and he kept meticulous notes. But this was less about swing theory and mechanics than it was the complex dynamics between teacher and uber-pupil.

For Haney, “Big Miss” is not so much a tale of singular accomplishment and shocking collapse than it is textbook.

“It’s so much more complicated to coach people than what you think,” Haney said. “When you’re a golf teacher and you look at someone’s swing you think, ‘He just needs to do this and this.’ It’s always more difficult than that.

“Coaching is much more than just knowing what to tell people to fix a particular mistake. You have to understand the person.”

Unlike most people in Woods’ inner circle Haney was never asked to sign a confidentiality agreement, but he has consistently said he had no knowledge of the infidelity that led to Woods’ divorce. That’s not to say, however, he won’t address the fallout the scandal caused.

Mark Steinberg, Woods’ manager with Excel Sports Management, told The Associated Press that his client was aware of the book but had not seen any excerpts.