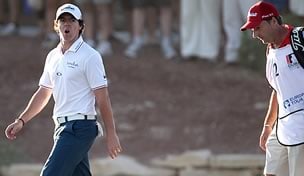 The effects of a virus Rory McIlroy contracted a few weeks ago may keep him from winning this week’s Dubai World Championship and the overall European Tour money title.

The U.S. Open champion believes he might have picked up a “mild case of dengue fever” while playing events in South Korea or China. Test results received Thursday showed he had a low white blood cell count.

McIlroy shared the lead at one point during the second round of the European Tour finale in Dubai, but finished bogey-bogey and was five back of leader Alvaro Quiros through 36 holes.

McIlroy, however, did not attribute his poor finish to illness.

“To be honest, I don’t feel too bad,” he said after his 1-under 71. “But yeah, we got the blood test results back last night and yeah, I mean, it was basically the same. Platelet count was low and my blood cell count was low as well.”

Dengue fever is an infectious disease found in tropical climates and spread by mosquitoes. It can result in fever, fatigue, joint and muscle aches, and nausea. There is no specific treatment for the disease, which usually lasts for a week or more, but fluids are encouraged for hydration as well as rest.

McIlroy needs to win this week and hope that Luke Donald (currently T-12) finishes worse than ninth to capture the Race to Dubai money crown. He said he would see a doctor Saturday before determining if he would pull out of next week’s Thailand Golf Championship.

“She’s going to have a look at me and determine whether this is the last tournament for me or not or if I go to Thailand next week,” he said. “To be honest, I’m ready for the season to be done … I’m looking forward to putting the clubs away at whatever point that is and taking a break.” 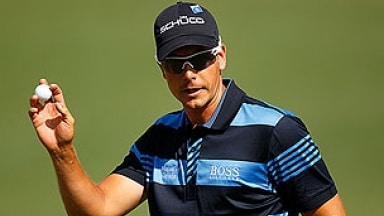 Scenarios: How contenders can win Race to Dubai

The top nine players in the Race to Dubai standings can all win the big prize with a victory (and some help) this week in Dubai. 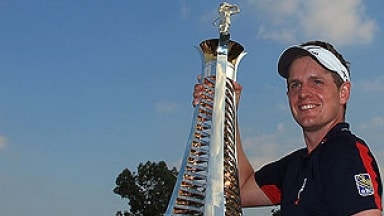 Path to the summit

Through hard work and dogged determination, Luke Donald transformed himself into the most consistent player in golf.

The European Tour says it has agreed to keep the final event of the Race To Dubai in the city for three years and increase the prize money by $500,000 to $8 million.