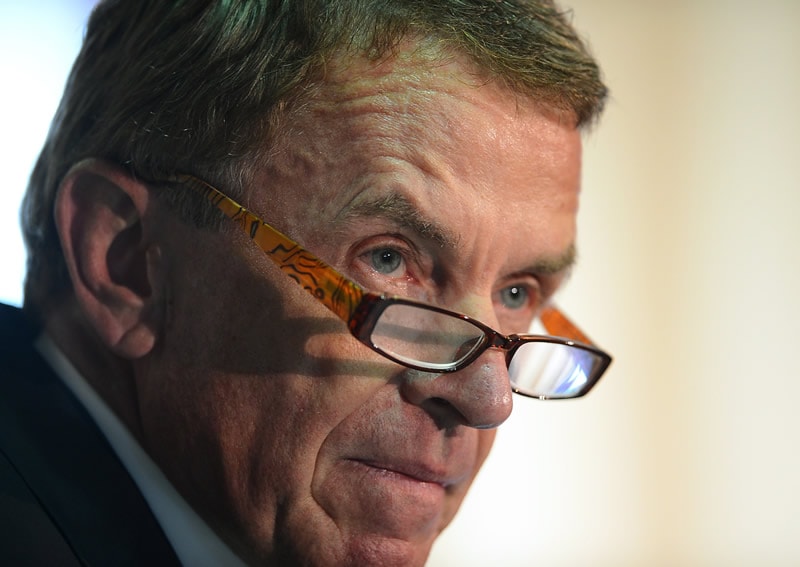 Getty Images
'(The policy board) concluded that while it is an important issue, a ban on anchored strokes would not fundamentally affect a strong presentation of our competitions or the overall success of the PGA Tour.' - PGA Tour commissioner Tim Finchem.  -

Essentially, the commissioner confirmed that the location of next year’s championship and who will sponsor the event remains unknown.

Finchem said that among those potential sponsors is Accenture, whose sponsorship deal with the Tour ends this year.

As for where the event could end up in 2015 the commissioner would not speculate, saying that the circuit has not ruled out potentially returning to the Tucson area or even the possibility of taking the event overseas.

“It is a World Golf Championship. That’s one of the things we’re looking at,” he said.

Finchem also left open the possibility of a format change for the event. A member of the Player Advisory Council confirmed this week that the Tour has been studying a potential change that would include 36-holes of stroke play followed by a cut, to either the top 32 or 16, and match play on the weekend.

This change would probably be palatable to a potential sponsor since it would assure at least two rounds from every player, including the game’s stars.

“The idea that players can come and play a day and be gone has always been something that we kind of looked at and wondered whether another format would be (better),” Finchem said. “We’re going to look at it again, (but) I wouldn’t assume we’re going to change at this point.”

Finchem said there is no rush to name a new sponsor or venue for the event and expects that by April the Tour would have something more concrete.

“We did the Presidents Cup in ’94 in four months. We got it done, but it’s hard work,” he said. “You want more time to be in the marketplace and prepare.”