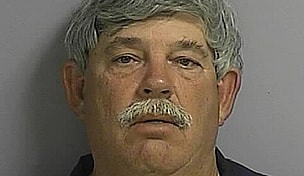 Thomas was one of 40 people arrested in Kissimmee, Fla., during an operation conducted Jan. 8-16. Detectives posed as juveniles, parents or guardians in online chat rooms and instant messaging programs, luring suspects to a location in Osceola County with the purpose of having sex with a minor.

Thomas was listed by the Sheriff’s Office as Stephen Wesley Thomas, 55, of Meridian, Miss. His occupation was listed as: Professional golfer.

Thomas played in 44 events on the PGA Tour, making 13 cuts, according to PGATour.com. He played in 34 Champions Tour events with two career top-10s. He last played a full schedule in 2009. His most recent result was a T-29 in the 2010 SAS Championship.