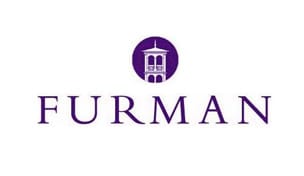 The Furman men’s golf team has been saved – and likely not just in the short-term.

The Greenville, S.C., school, which announced Feb. 7 that it was discontinuing the men’s team after the 2014 season because of budget cuts, reversed course Tuesday and said that the program would remain active.

“It’s a great day, filled with a lot of emotions,” 18-year head coach Todd Satterfield said by phone. “This is a testament to our alumni and how much they love this golf program. For everyone to get behind it has been incredible. Golf is a pretty close-knit community, and it’s great to feel that again.”

Last week, GolfChannel.com reported that there were signs of optimism surrounding the program. Six alumni, led by eight-time PGA Tour winner and former Furman player Brad Faxon, sent a proposal to fellow alums, family and friends outlining a plan that would keep alive the men’s program. The original plan called for the group to raise nearly $300,000, which would cover the team’s operating expenses for the next two years. Athletic director Gary Clark said in an email that the funds would need to be available as they head into the next school year, but that the supporters are “well on the way to reaching the short-term goal.” After that, they would need to fund an endowment that would keep the program afloat for the foreseeable future, though no deadline has been set.

In a statement released Tuesday, interim president Carl Kohrt said the plan provides the “necessary financial support to sustain the men’s golf program at a highly competitive level while allowing the university to retain the cost reductions realized by the board’s original decision.”

Satterfield added that he is confident that this is not just a short-term fix but also a long-term solution: “I really feel like the trustees would not have done it if it wasn’t going to continue. They don’t want to revisit it in four to five years.”

Wrote Clark, the athletic director, in an email to GolfChannel.com: “We are very confident that the synergy being created among the many stakeholders helping move our men’s golf program forward will not only be a long-term solution but a model for other sports at Furman.”

Furman is facing a financial hardship, estimated to lose about $6.3 million in the 2014-15 fiscal year. The men’s golf team, which sits outside the top 125 in Golfstat’s rankings, has one of the smallest budgets in the Southern Conference – about $400,000, which includes salaries, travel and scholarships. It’s also worth noting that the Paladins have 13 conference titles, more than any other school.

“We are all proud alums of the Furman golf program, and none of us wanted to see it discontinued,” Faxon, a 1983 graduate, said in a release. “So we talked with university officials, and discussed what we could do to bring the program back. … The outpouring of support from Furman alumni and the golf community has been amazing.”

An online petition began circulating within hours of the news that the program would be cut. It was started by 2006 graduate T.J. Blandford, and it soon had more than 2,500 signees.

“This plan allows both sides to achieve a win-win,” Langley said in the statement. “The golf alumni are re-energized and committed to doing everything possible to strength the men’s golf program for the long-term, which includes driving successful fundraising campaigns to support the program.”

It’s not the first – and likely won’t be the last – time that alumni have rushed to help a program marked for elimination. In 2002, it appeared that the Minnesota men’s golf team would be cut before a last-minute reprieve from boosters, who raised more than $1 million to preserve the program for another year. Incredibly, the Gophers went on to win the NCAA title that year.

When the announcement was made Tuesday, the Paladins were – quite fittingly – on the course during their spring opener, the John Hayt Invitational in Jacksonville.

Sophomore Wehman Hopke was beating himself up after a 4-foot miss on the 14th hole when Satterfield approached.

“I’m going to tell you something right now that’s going to make you feel a heck of a lot better,” the coach told him.

Sure enough, Hopke lit up at hearing the news, the bogey now an afterthought.

“The guys have a little bounce in their step now,” Satterfield said.

After a tumultuous 2 ½ weeks ended in smiles, why wouldn’t they?