On the IR: Glover to remain on the sidelines

For the second consecutive week Lucas Glover has withdrawn from a planned PGA Tour start following an injury to his right knee he sustained while paddle boarding last week at Kapalua.

Glover tried to hit golf balls on Wednesday at Waialae Country Club but decided it was safer to avoid further injuring the knee. He had an MRI last week that revealed no structural damage.

Glover’s manager with Crown Sports Management told GolfChannel.com that he has not decided whether he will play next week’s Humana Challenge, one of the few West Coast events he had not planned to play. 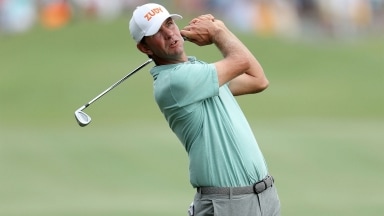