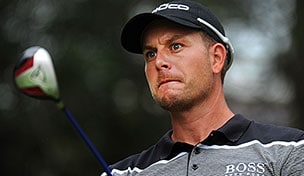 ATLANTA – According to some of the game’s top golfers, East Lake Golf Club is a great place to be a front-runner, because it’s difficult for a player to go low and catch the leader, but it’s also tough to post a big number around this course.

That should be music to the ears of Henrik Stenson, whose four-stroke lead after 36 holes remained the same through 54.

“This is a great golf course to protect on because there's really not that much danger,” explained Tiger Woods, who knows a thing or two about protecting a lead. “You can make a bunch of pars. It's one of those golf courses where [Jason Dufner] and I were talking about it yesterday. It's so easy to shoot 68 to 72. Just kind of where the scores are going to be. If we look at the leaderboard, it's kind of how it is. We shoot a lot of those numbers here.

“It's hard to go low. You've got to play some really good golf to go low.”

Of course, it will also be tough to catch Stenson for the simple reason that he’s playing so well.

“It's going to have to be something ridiculously low by someone, and he's going to have to stumble, which I'm not seeing happen just because of the way he's been playing the last half of the year,” said Steve Stricker, who is currently in solo third place. “He's played so well, and he's been so consistent and hit the ball so solidly that I don't see that happening tomorrow.”