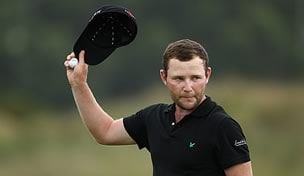 South African Branden Grace got off to a hot start Thursday, firing a 12-under-par 60 to lead the Alfred Dunhill Links Championship after the first round.

Already a three-time winner on the European Tour in 2012, Grace's round included a stretch of six straight birdies and eight birdies in nine holes from Nos. 5-13. He hit every green in regulation and took only 26 putts to complete his round.

Grace's opening round came at Kingsbarns, one of three courses in rotation for this week's event. Friday's second round will take Grace to the Old Course at St. Andrews, and his third round will be played at Carnoustie.

He leads by two shots after the opening round over Frenchman Victor Dubuisson, whose 10-under 62 was the lowest round of the day at the Old Course. Gregory Havret and Oliver Wilson both fired 5-under 67s, the best rounds carded at Carnoustie on Thursday.

Only four days removed from a 6-foot putt that won the Ryder Cup, Martin Kaymer shot a 2-under 70 at Carnoustie. He made the trip from Medinah to Scotland along with Dustin Johnson, Peter Hanson and Paul Lawrie, but the German was the only member of the foursome to break par in Thursday's opening round. 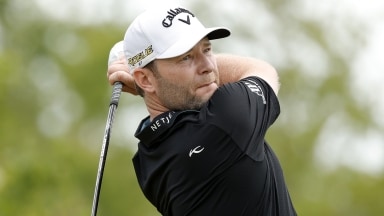 Branden Grace had to take an unplayable and one-shot penalty Saturday at the Zurich Classic after hitting his tee ball into a tree root. 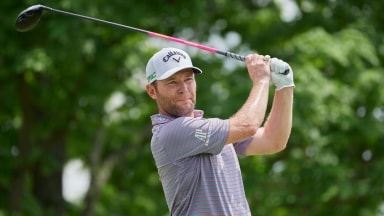 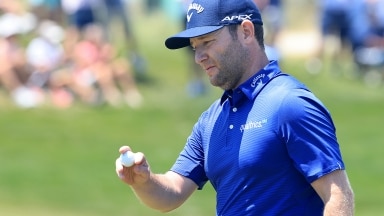