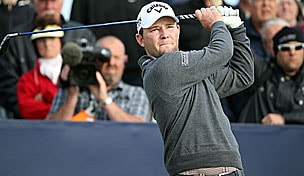 At least the Q-School dream is alive and well on the other side of the pond. This season, Branden Grace has certainly demonstrated that it is possible to go from mini-tour grinder to European Tour star.

With his two-stroke, wire-to-wire victory Sunday at the Dunhill Links Championship, the 24-year-old South African became the first European Q-School graduate to win four times the following season on the European Tour.

Grace moved from 12th to third in the Order of Merit, pushing his season earnings to more than 2 million euros. He also is expected to jump inside the top 40 in the world ranking – not bad, considering he ended 2011 at No. 271 in the world.

Grace also became the first European Tour player to win his first four events in his first season on the circuit.

The last European Tour player to win four times in a season was Martin Kaymer, in 2010. Other than Grace, the only players with three or more worldwide wins this season are Rory McIlroy and Tiger Woods.

At the Dunhill Links, Grace opened with a 12-under 60 at Kingsbarns, followed that up with a 67 at St. Andrews, shot a 69 at Carnoustie and closed with a 70 on the Old Course.