Homa's first paycheck could be a big one 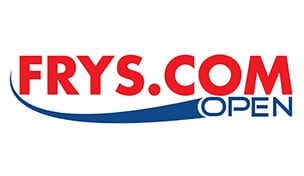 Getty Images
KIAWAH ISLAND, SC - AUGUST 08: Davis Love III of the United States looks on during a practice round of the 94th PGA Championship at the Ocean Course on August 8, 2012 in Kiawah Island, South Carolina. (Photo by Sam Greenwood/Getty Images)  -

Homa shot a second-round, 3-under 68 at the Frys.com Open to reach 5 under par. He not only made the cut; he’s in contention to win. Brooks Koepka is the leader, at 11 under.

“I’m not too far off the lead, so that’s what I’m kind of focused on,” he said. “I feel like I’m kind of playing with house money in my first event, and I can just kind of go out there and play my game.”

Homa, who was assessed a one-stroke penalty in Round 1 when he noticed his ball move after addressing a chip shot, admitted that his focus Friday was on making the cut. That led to a constant battle of nerves.

“Yesterday I was nervous in the beginning. Today I felt like I was nervous all day, just because it’s a bigger deal,” he said. “I wasn’t really on the cut line, but you can’t really help but think (about) that your first time out.”

With a weekend tee time booked, the 22-year-old NCAA champion from UC Berkeley can set his sights on a bigger prize. While he says that he is more interested in seeing how his game stacks up to his fellow pros more so than how much money he can make, he welcomes this week’s prize money.

“It’s weird. I was telling my parents, if I make the cut, when I get home I’m going to take them out to dinner for the first time. I’ve never had too much money in my life, so it feels really, really weird,” he said.

The PGA Tour doesn’t keep detailed records of players winning in their professional debuts, but Russell Henley captured the 2013 Sony Open in his first event as a PGA Tour rookie. Garrett Willis previously accomplished that in 2001.

The big difference is, Henley won on the 2012 Web.com Tour, and Willis played four seasons on the developmental circuit before his victory. Homa has played two professional events, the U.S. Open and Mylan Classic – both missed cuts, both as an amateur.