The No. 1-ranked Crimson Tide rallied with the low final-round score, but they ultimately fell one shot short of Houston, which won the event at 11-over 863.

This is the first time that Alabama has lost since the 2013 Southern Highlands Collegiate. The Tide won their last five starts of the 2012-13 season, including the NCAA Championship, and then their first six events this season.

Houston, which is No. 11 in Golfstat’s rankings, went wire-to-wire to capture its third team title of the season. The Cougars were led by junior Roman Robledo, who won the individual title for the second time in as many weeks. He finished at 4-under 209, one shot clear of Baylor’s Kyle Jones.

Alabama was undone by a poor opening round in which it had to count Trey Mullinax’s 80. Mullinax, the No. 1-ranked player in the country, eventually tied for 38th in his worst performance this season.

The Tide will have little time to dwell on their first loss of the season as they head from Mexico to Vegas for the Southern Highlands, which boasts the strongest field of the regular season. 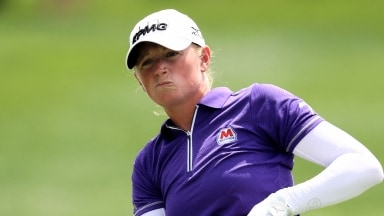 Stacy Lewis will be doing her best at the Cambria Portland Classic to lend a helping hand to those suffering from Hurricane Harvey. 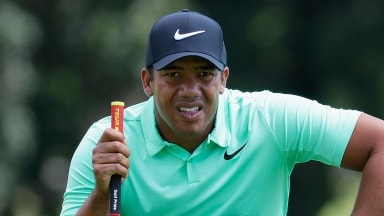 Given the circumstances, Jhonattan Vegas’ second-round 65 at The Northern Trust on Friday was even better than it appears.

ST. AUGUSTINE, Fla.--Not a blade of grass could be found at one of last week's most important golf events. Not a swing was made, not a shot was taken.