COLORADO SPRINGS, Colo. – When Juli Inkster was selected as assistant captain for the 2011 U.S. Solheim Cup team, she was sure she would never play on another team.

Her peers have other ideas.

With fellow players pushing her to play, with Inkster, 51, ninth on the U.S. Solheim Cup standings, she’s thinking about it. The top 10 in points automatically qualify for the competition against Europe Sept. 23-25 at Killeen Castle in Ireland.

“I don’t know what I’m going to do,” Inkster said. “I’m just going to see how the next couple weeks go. I want Rosie [Jones] to have her best team. I don’t want to deny her that, so I’m not ruling it out. I need to talk to her, and I need to talk to some of the team and see what they think.”

U.S. captain Jones communicated a simple message: “It has to be in Juli’s heart that she really wants to be on the team as a player.”

There are just four events until the team’s chosen. The next three – U.S. Women’s Open, Evian Masters, Ricoh Women’s British Open – should give Inkster a good gauge where her game is at. The team’s set at the conclusion of the Safeway Classic Aug. 21.

It's a special week for Inkster. She won the last of her three consecutive U.S. Women's Amateur championships at The Broadmoor's South Course in 1982. 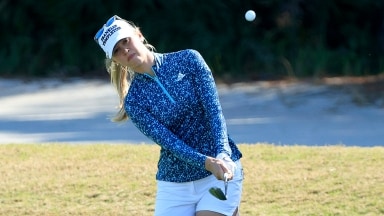