Getty Images
PARIS - SEPTEMBER 22: Paul McGinley of Ireland plays a shot during the pro - am for the Vivendi cup at Golf de Joyenval on September 22, 2010 in Paris, France. (Photo by Stuart Franklin/Getty Images)  -

Here is a breakdown of International captain Nick Price’s 12-man roster for the Presidents Cup, which will be played Oct. 3-6 at Muirfield Village Golf Club in Dublin, Ohio. Click here for U.S. team capsules. The lowdown: Four years ago, Scott was little more than a pity pick from captain and countryman Greg Norman, who felt a spot on the team would boost his confidence. Turns out he was right. The Masters champion comes into this one as the anchor of his team. The lowdown: He’s young; he’s a terrific ball-striker; he contends at majors. If there’s a question mark surrounding Day, it’s about why he’s only won one career PGA Tour event, but that mark appears in jeopardy each week he tees it up. He played on his first team two years ago and may not miss another one for a decade or two. The lowdown: The past Masters champion fared very nicely in his first Presidents Cup assignment two years ago. Don’t be surprised if he finds a familiar face in a partnership with childhood buddy Louis Oosthuizen. It’s hard to imagine the two of ‘em won’t lobby for Price to pair them up in team matches. The lowdown: The Big Easy is still going strong, easily qualifying for this team for a record-tying eighth time. (Vijay Singh also repped the International side eight times.) Els is a former winner at Muirfield Village, but that’s merely a silver lining: He hasn’t finished inside the top 30 at the venue since 2009. The lowdown: Consider this spot the biggest question mark on Price’s roster – not because Oosthuizen lacks talent (he owns one of the game’s sweetest swings), but because he’s been sidelined with a neck and back injury since July. If it acts up again come tourney week, the captain will have a tough time hiding him on the bench. The lowdown: A two-time Asian Amateur champion, Matsuyama turned pro and immediately started proving he could hang with the big boys. After making the cut in two Masters appearances as an amateur, he played the final three majors this year, finishing an impressive T-10, T-6 and T-19.

The lowdown: After bursting onto the scene with four European Tour victories a year ago, Grace held steady inside the top 10 on the points list for much of this year, solidifying his spot on the team. If the rookie needs helps feeling comfortable, having a bevy of South Africans in the team room should help matters. The lowdown: Talk about good timing, DeLaet picked a great couple of weeks to start playing some of the best golf of his life, finishing T-2 at The Barclays and solo third at the Deutsche Bank Championship, not only making this roster as the lone Canadian, but proving his worth as a difficult man to beat in the upcoming matches. The lowdown: Perhaps the least known player on either roster, Sterne is a short but accurate ball-striker with a deft touch around the greens. And though he’s never won on U.S. soil, the South African has claimed a half-dozen titles on the European Tour, including this year’s Joburg Open. The lowdown: You know what they say: If it’s a major, Cabrera will find his way onto the leaderboard. On the other 48 weeks, he rests. Well, Price is hoping El Pato looks at this one like a major. His go-for-broke, aim-for-the-flagsticks style of play should be fun to watch, provided he’s paired with a steadier player to offset the heroics. The lowdown: Just as Scott may have gotten a favorable call from a countryman four years ago, de Jonge grew up idolizing Price and will now play for him. It’s hardly just a homer call, though. With eight rounds in the 60s in four FedEx Cup starts, he’s peaking at just the right time. The lowdown: After acquitting himself well with a fourth-place finish at the Masters this year, Leishman jumped onto Price’s radar and never fell off. The stats show he does everything well, but nothing great. That said, the Aussie has shown an ability to go low, including a final-round 62 to win last year’s Travelers Championship. 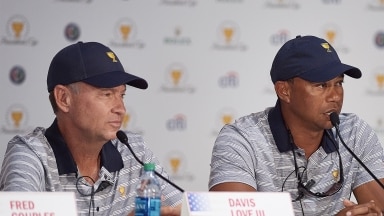 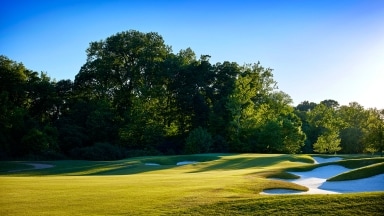