It's a wrap: Golf Channel Am Tour 2013 National Championships 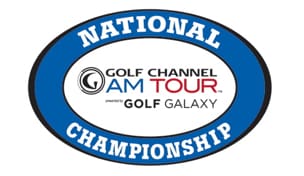 LA QUINTA, Calif. -- The 2013 Golf Channel Am Tour National Championships have come to an end, staged this year at PGA West in La Quinta, Calif. This year's event was the largest ever on Am Tour with nearly 1,200 players competing in the Nationals and Seniors divisions.

New to the 2013 rotation of golf courses was PGA West's Arnold Palmer Private Course, a host venue for the PGA TOUR's Humana Challenge. Also in the four-course rotation was the infamous Stadium Course at PGA West, the Nicklaus Course and Norman Course.

Here's a look at the winners and some of the action during the events:

Seniors Day 2: Quality family time: For these Am Tour competitors, competing this week gives them a chance to spend quality time competing with family.

Seniors Day 1: It's go time: Terry Gannon and Roger Maltbie offered some words of wisdom, while trying to take a little of the edge off Am Tour competitors getting ready for Day 1.

Day 5: Runaway winners: In morning action at PGA West, the Snead and Jones flights wrapped up with two runaway winners.

Day 5: All Capps: Kevin Capps won the Hogan flight by five shots, while the Palmer flight proved to be the most competitive of the six flights at Nationals in 2013.

In Photos: View the action from PGA West

Day 4: A round with the king: Scores are low on the Palmer Private course, the newest addition to the National Championships at La Quinta. Also, a 68 puts one player back in the mix in the championship flight.

Day 3: Stadium Survival: Pete Dye's Stadium Course takes no prisoners. Survive without a big number and you may find yourself atop the leaderboard.

Day 3: Backing up the talk: PGA Tour Radio host Brian Katrek finds himself in the hunt of the Championship Flight.

Day 2: A Small feat: How busy was your golf season this year? Snead flight Nationals competitor David Small played in 54 Am Tour events.

Day 1: New courses, some familiar faces at La Quinta in 2013: Kelly Tilghman and David Feherty welcomed Am Tour competitors with some tales from inside the PGA Tour. 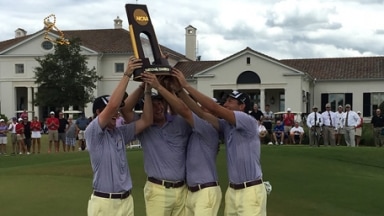 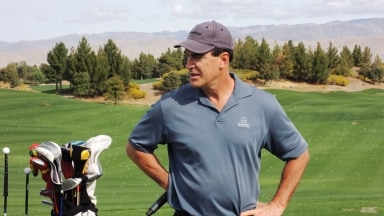