Kim surges into mix on Day 2 of LPGA Q-School 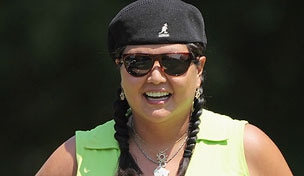 Humbled but unbowed in her first Q-School appearance, two-time LPGA winner Christina Kim fired a 5-under-par 67 Thursday to surge into third place through the second round of the LPGA Final Qualifying Tournament at LPGA International in Daytona Beach.

Moriya Jutanugarn, the 18-year-old from Thailand, took sole possession of the lead with a 66, the day’s low round. She’s at 10-under 134, three shots ahead of Lacey Agnew (67) and five ahead of Kim.

Kim, 28, posted a bogey-free round. She first earned LPGA membership finishing second on the Symetra Tour money list in '02, but while battling through depression this year slumped to a career-worst 110th on the LPGA money list. It forced her first trip to Q-School.

'When I was younger, after I got my card on the Symetra Tour, I vowed that I would never have to go to Q-School,” Kim said. “I would now say that nobody should be that arrogant.'

'But now that I’m here, it has a very unique atmosphere. It’s a once in a lifetime opportunity that everyone should do at least once . . . just once.'

Chie Arimura, the Japan LPGA Tour standout who is No. 19 in the Rolex World Rankings, shot 71 and is tied for seventh among seven players that include two-time LPGA winner Laura Diaz (71). Four-time Ladies European Tour winner Melissa Reid has a lot of work left to earn LPGA membership. She shot 76 Thursday and is tied for 108th.

The top 20 following Sunday’s final round will earn Category 12 status on the LPGA next year, status that amounts to full tour membership. Players finishing 21st through 45th and ties will earn access through Category 17. 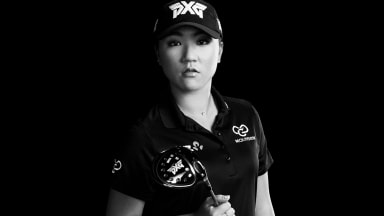