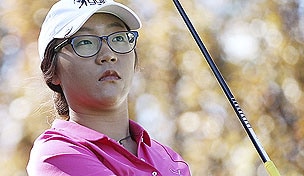 ST. ANDREWS, Scotland – Lydia Ko’s family is beginning to research the possibility of seeking a waiver of the LPGA’s policy requiring that members be at least 18 years old to join the tour.

Ko was 15 when she captured the CN Canadian Women’s Open last summer, becoming the youngest winner in LPGA history. She turned 16 in April this year and will be defending her title when the Canadian Women’s Open is staged again in three weeks. She also will play the Evian Masters in September.

Ko’s mother, Tina Hyon, told GolfChannel.com Wednesday that she has approached Heather Daly-Donofrio, the LPGA senior vice president of tour operations, to learn what the tour requires in the petition process.

Hyon cautioned that her inquiry was solely for informational purposes, with the family having no definitive plans.

“It’s just to understand the process, just to look at options,” Hyon said. “There is nothing decided.”

Lexi Thompson won the Navistar Classic in 2011, when she was 16, and then petitioned the LPGA for a waiver of its age restriction so she could claim the tour exemption that came with the victory. Thompson was granted the petition two weeks after her victory with membership deferred to the 2012 season. Thompson actually played her first LPGA event as a member one day before her 17th birthday in February of 2012.

Hyon said she also spoke with the Thompsons just to learn more about the process they went through. Ko is still interested in a college education, though it’s possible for a player to play the tour while pursuing a college degree. Both Michelle Wie and So Yeon Ryu did so. Hyon said she is also researching possible college options for her daughter.