Ko fights off stomach pain, only two back in New Zealand 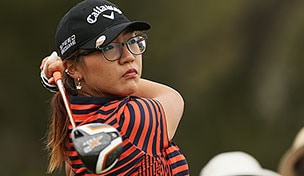 Getty Images
AUGUSTA, GA - APRIL 12: Tiger Woods of the United States reacts to a shot from the pine straw on the ninth hole during the final round of the 2015 Masters Tournament at Augusta National Golf Club on April 12, 2015 in Augusta, Georgia. (Photo by David Cannon/Getty Images)  -

Lydia Ko visited a hospital with stomach pain on the eve of the second round of the ISPS Handa New Zealand Women’s Open, and she still made a run at taking the 36-hole lead in her title defense in Christchurch.

Ko, who said she nearly withdrew, managed another 3-under-par 69 and sits solo second, two shots off the lead at Clearwater Golf Club in her Kiwi homeland. She trails only Anya Alvarez, an American with conditional status on the LPGA’s tour, going into Sunday’s final round of the Ladies European Tour season opener.

“I was really sick overnight,” Ko told reporters. “It was a stomach bug ... They said it was something to do with my guts. They said there was more wind in there than normal. I don’t really know.”

Ko, 16, is seeking her sixth professional title. England’s Charley Hull, 17, shot 73 and slipped back to a tie for eighth.