Ko looks to get healthy before South Pacific/Asian swing 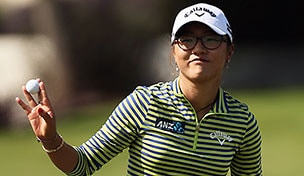 Lydia Ko will a get week to recuperate before teeing it up again at the ISPS Handa Women’s Australian Open at the Victoria Golf Club Feb. 13-16.

Ko, 16, nearly withdrew from her title defense at the New Zealand Women’s Open following Saturday’s round after going to a hospital for treatment for stomach pain. She played the final round still feeling ill, finishing second to South Korea’s Mi Hyang Lee by one shot after coming up short on a 20-foot birdie putt at the last hole. Lee closed with a 9-under-par 63. Lee also complained of stomach problems over the weekend in the Ladies European Tour's season opener.

“I think I played pretty good for my health and obviously Mi Hyang played great as well, 63 is a pretty amazing score,” Ko told media afterward. “I'm feeling much better, but at the halfway point I got some really bad stomach aches, so that didn't go too well. Our family's either got the flu bug or stomach bug, so it's not really good right now.”

Ko is scheduled to play all three of the LPGA events on the South Pacific/Asian swing. After the Women’s Australian Open, she’s scheduled to play the Honda LPGA Thailand (Feb. 20-23) and the HSBC Women’s Champions in Singapore (Feb. 27-March 2).