Levet to miss a month after freak accident

Frenchman Thomas Levet will miss a month after a freak accident last week at the Volvo Golf Champions. The French Open winner apparently hurt his ribs after falling down a flight of steps.

Walking down steps from the 11th tee at Fancourt in the third round, Levet slipped and fell. He finished the event, albeit with limited capacity, unaware of his injury.

“[C]ouldnt carry more than 160m off the tee,+3 in these conditions on sunday (sic) was a miracle,” Levet tweeted after his final round. “At least i know how mine swing will look like when i 'll be 85 !!!”

On Tuesday, Levet underwent X-rays in Dubai to learn he had broken a rib. He will be out 3-6 weeks while he recovers.

Levet may have become the Inspector Clouseau of the golf world. After winning the French Open last July in a playoff, Levet broke his leg after celebrating his first national title by jumping into a shallow pond guarding the 18th hole at Le Golf National. The injury forced him to miss seven weeks, including the final two majors of 2011. 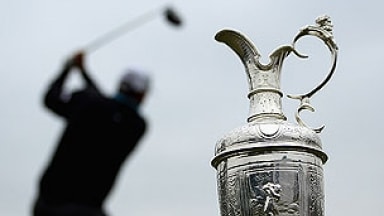 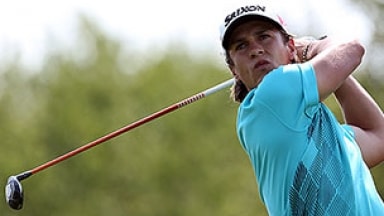 Thorbjorn Olesen of Denmark shot a 4-under 68 Friday for a three-stroke lead over Sweden's Rikard Karlberg after the third round of the Austrian Open. 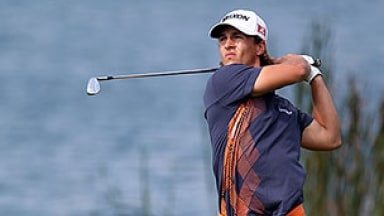 Thorbjorn Olesen of Denmark shot a 4-under 68 to take a three-stroke lead over Thomas Levet of France after a shortened second day of the Austrian Open on Thursday.