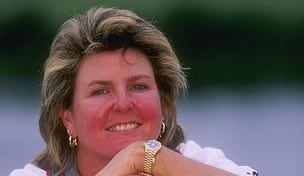 Colleen Walker, a nine-time LPGA winner, died Tuesday night at 56 at her home in Valrico, Fla.

Walker lost her battle with cancer.

Walker won the Vare Trophy for low scoring average in 1988, broke through to win a major (du Maurier Classic) in ’97 and was presented the LPGA’s Heather Farr Award in ’04 in recognition of her hard work, dedication and persevering spirit. Walker was first diagnosed with breast cancer in January of ’03. Though her cancer would go into remission, it returned late last year, resurfacing in her hip and pelvis.

Walker is survived by her husband, Ron Bakich, and their 16-year-old son, Tyler Walker Bakich.

“Colleen was not only a great ambassador for the LPGA and the game of golf, but more importantly was a true and faithful friend,” five-time LPGA winner Barb Mucha said in an LPGA release. “From her caring smile, unselfish ways and deep devotion to her family, her life touched all those she knew. She will be dearly missed, but her love will live on forever in our hearts.  I am blessed to have called her friend.”

“I will always remember Colleen for her fight and determination on the golf course,” three-time LPGA winner Dawn Coe-Jones said in the LPGA release. “Off the golf course, I loved her sense of humor.  I will miss walking the fairways with her as we watched our sons compete. Rest in peace, Colleen.”