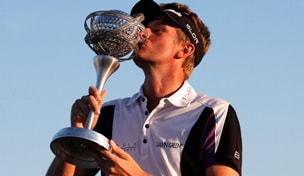 Getty Images
Marcela Leon looks to be fully focused and concentrated on the goal as she tries to win Big Break Atlantis.  -

Beginning the final round six shots off the pace, David Lynn carded an 8-under 63 to come from behind and win the Portugal Masters, marking the Englishman's first European Tour victory in more than nine years.

Lynn finished his week at the Oceanico Victoria Golf Course at 18-under 266, one shot clear of South African Justin Walters. Playing just two weeks after the death of his mother, Walters holed a lengthy par putt on the 18th green to remain in second place, securing his playing privileges on the European Tour for next season in the process.

A runner-up at the 2012 PGA Championship, Lynn played extensively on the PGA Tour last season, notching a second-place finish at the Wells Fargo Championship when he fell to rookie Derek Ernst in a sudden-death playoff. He went out in 30 during Sunday's final round to quickly play his way into contention, carding nine birdies against just a single bogey while bettering his score from Saturday's third round by a full 10 shots.

'I knew it was going to take a low one today,' explained Lynn, 39, who had made 223 starts on the European Tour since his lone prior triumph at the 2004 KLM Open. 'I just kept it going and kept holing putts, which was the difference between today and yesterday.'

Lynn's comeback was aided in part by those in front of him faltering. Overnight leader Paul Waring, who began the day two shots clear of the field, stumbled to an even-par 71 to finish in a tie for third, while Scott Jamieson was unable to back up a record-tying round of 60, carding a 1-over 72 to tie for 13th, five shots behind Lynn. 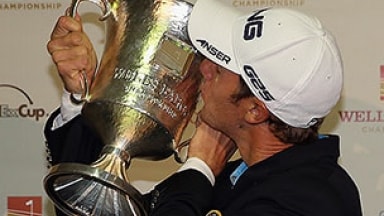 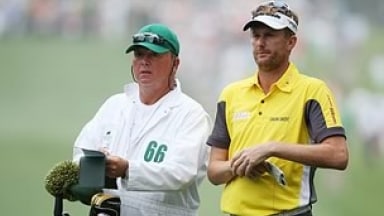 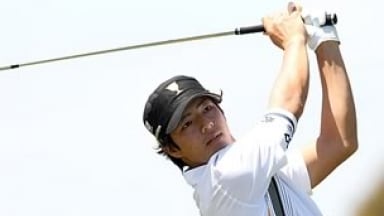