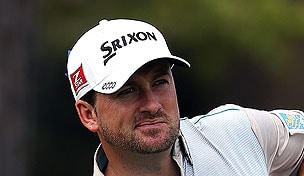 Graeme McDowell has agreed to a multi-year contract extension to remain a member of Srixon’s PGA Tour staff.

The news was officially announced on Srixon’s Twitter page and Todd Harmon President of Cleveland Golf/Srixon USA released a statement saying, “We couldn’t be more thrilled that Graeme has decided to remain a member of Srixon’s PGA Tour staff. Graeme is one of those unique individuals who brings so much to the game of golf. His passion for competition, combined with his love for the game and respect for the fans, has made him the type of ambassador that any company would be honored to have on their staff.”

“I’m thrilled to remain a member of the Srixon family, one I’ve been part of since my college days,” said the 2010 U.S. Open champion in a statement. “I couldn’t be happier with my current bag and I’m playing some of the best golf of my career.” McDowell also won this year’s RBC Heritage and is a nine-time winner on the European Tour.

While terms of the contract have not been released, according to the Srixon's official blog McDowell will continue to play Srixon irons and Z-Star XV balls, as well as wear their apparel on the course in 2014 and beyond.