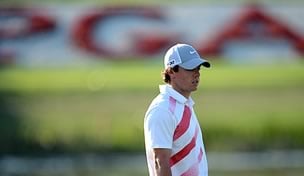 Rory McIlroy is starting anew with his own management team, but it appears his legal battle with Horizon Sports Management is just beginning.

On the same day that the 24-year-old announced his split from Horizon to set up his own firm, Rory McIlroy Incorporated, his Dublin-based legal team at A&L Goodbody filed papers in the High Court, according to published reports.

Horizon is reportedly seeking compensation after McIlroy terminated his five-year contract, set to run through 2017, after just two years.

This development isn’t unexpected. Both parties alluded to their legal teams in their respective statements on Friday, with Horizon saying, “Rory’s decision to seek a termination of the management contract with Horizon is now regrettably in the hands of legal advisers.”

This is McIlroy’s second management change since October 2011.