McIlroy Remains Outside Top 60 in Race to Dubai 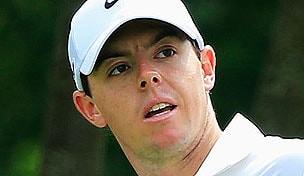 Getty Images
Tina Miller in action during the second round of the 2005 U.S.Women's Open at Cherry Hill Country Club in Englewood, Colorado, June 24, 2005.Photo by Steve Grayson/WireImage.com  -

One Final Series event down, and Rory McIlroy is still outside the top-60 bubble for the European Tour’s season finale.

The former world No. 1 finished T-27 at the BMW Masters – where he shot rounds of 71-72-71-73 – and moved from No. 63 to No 62 in the season-long Race to Dubai. The top 60 players after the Turkish Airlines Open will qualify for the season-ending DP World Tour Championship, which McIlroy won a year ago.

For whatever reason, McIlroy doesn’t boast a strong record in European Tour events this season. He began his year with a missed cut in Abu Dhabi, then also failed to play the weekend at both the BMW PGA Championship and Irish Open.

McIlroy is only scheduled to play next week’s WGC-HSBC Champions, but he could opt to add the Turkish Airlines Open if he remains outside the top 60. With the guaranteed payday in Shanghai, he should be able to leapfrop No. 60 Gareth Mulroy, whom he trails by only €3,586 ($4,951).

Luke Donald (No. 61) and Padraig Harrington (67) are also currently outside the top 60 in the Race to Dubai.