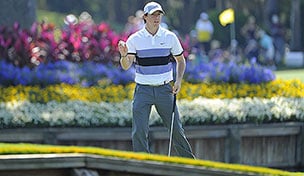 The long-rumored developments of Rory McIlroy’s management structure were confirmed Friday, as the erstwhile No. 1 golfer released details via his personal website.

Beginning immediately, McIlroy has terminated his previous contract with Horizon Sports Management, the agency which had represented him since splitting from Chubby Chandler’s ISM in October of 2011.

'Since October 2011, Horizon has achieved exceptional results for Rory in realising his commercial objectives. Under Horizon’s management, Rory has signed some of the most lucrative endorsements in sports history. The current management contract has a number of years to run. Rory’s decision to seek a termination of the management contract with Horizon is now regrettably in the hands of legal advisors. Horizon will be making no further comment.'

McIlroy’s website statement confirmed that his father, Gerry McIlroy, will serve on the board of Rory McIlroy Incorporated, which will serve as his independent representation.

According to the website, “The golfer’s business interests will from now on be managed by Rory McIlroy Incorporated. CEO of RMI will be Donal Casey, an actuary by profession with many years of CEO experience. The Rory Foundation for charity will be run by Barry Funston, a business leader and longtime friend of the McIlroy family. Both men will serve on the RMI Board, together with Gerry McIlroy.”