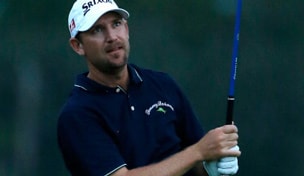 Getty Images
Maui Jim is a company known for its lens technology that provides UV protection and produces colorful views. Its latest offerings are lightweight, durable and easily adjustable and come with lustrous finishes that add a touch of elegance for work or outdoor play. Peruse the limitless options to find the pair that speaks to you. <a href='http://www.mauijim.com/shop.html/#' target='_blank'>Visit the Maui Jim website for more details.</a>  -

ST. SIMONS ISLAND, Ga. – After two weeks in Asia, the PGA Tour made its return to the U.S. on Thursday with the opening round of The McGladrey Classic. Here’s how things shape up after one day at Sea Island, where play was suspended because of darkness:

What it means: After an early-morning fog delay halted play for more than 90 minutes, players in the afternoon wave were unable to complete their opening rounds on the Seaside Course. That means McNeill will return to a 19-foot birdie putt on No. 8 early Friday morning as he looks to finish off an opening effort that included five straight birdies.

Round of the day: Having played each of the past two weeks in Asia, Gay shook off any lingering signs of jet lag by posting a 7-under 63 that included eight birdies. A winner earlier this year at the Humana Challenge, Gay needed just 24 putts to complete his round as he seeks his first top-10 finish since his playoff win in the California desert in January.

Best of the rest: Baird was shelved for more than 17 months dealing with surgery to both shoulders, but has gotten off to a strong start in his return to action on a major medical extension. After starting the 2013-14 season last month with a pair of top-40 finishes, Baird carded a bogey-free 63 Thursday at Sea Island to quickly move to the top of the leaderboard. Still in search of his first PGA Tour win in his 365th career start, Baird sat one shot off the pace set by McNeill when darkness fell.

Biggest disappointment: Though he has yet to complete his opening round, it appears tournament host Davis Love III will not be able to rekindle the magic that led to a top-five finish a year ago. The 49-year-old carded a double bogey on the second hole and made just one birdie across the subsequent 13 holes, leaving him 2 over on the day when play was halted and in danger of missing the 36-hole cut.

Biggest storyline heading into Friday: With opening-round play now running over into Friday, players in Friday’s afternoon wave are unlikely to complete their second rounds before the sun sets. That group will include Simpson, who is making his first start since opening his 2013-14 season with a victory in Las Vegas and who sits just three shots off the pace after opening with a 5-under 65 Thursday. 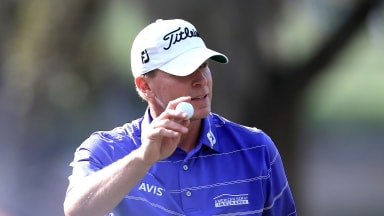 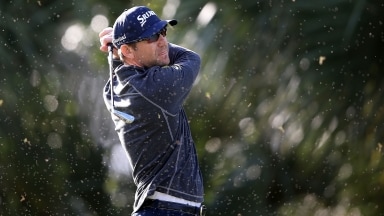 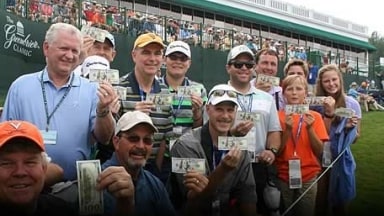