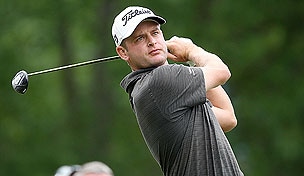 NORTON, Mass. – To his credit, John Merritt figures there’s no sense getting lost in all the FedEx Cup points and the possibilities and the projections because, well, in an instant it can change.

“You can’t really study it,” he said Sunday, “because I’d start losing my hair if I looked at it too much.”

The top 70 in the FedEx Cup points after Monday’s final round of the Deutsche Bank Championship advance to next week’s BMW Championship, the third leg of the playoffs. In a four-hole stretch Sunday at TPC Boston, Merritt moved from inside the top 70, to the bubble, to inside, to outside again. Strange, because Merrick played that stretch in even par.

“At one point,” he said, “I looked up at that leaderboard and it said one (less) stroke and I’m in.”

When he finished his round, Merritt was projected to finish 73rd in points, which would signal an early exit to his FedEx Cup season. (He hasn’t played the BMW since 2008.) But such volatility makes the playoffs intriguing for fans and players, especially those who choose to chart their progress at their own peril. One stroke can mean the difference between playing for bonus bucks and a few weeks off, and that made Merrick’s closing bogey on the par-5 18th all the more vexing.

“I know that if I don’t top 10, at least, I’m going home,” said Merrick, in a tie for 23rd when he finished his round. “It takes a little bit of pressure off. You just try and play the best you can.”

At the end of the regular season, Merrick was ranked 81st in FedEx Cup points. A missed cut last week at The Barclays, however, dropped him to 98th, though he said he never was concerned that he wouldn’t finish in the top 100.

Now, he’s one round away from potentially being knocked out, again. 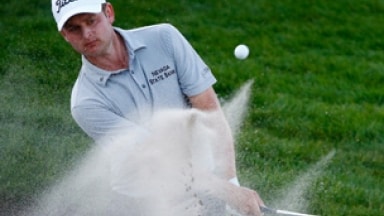 It’s been 13 months since John Merrick’s victory at last year’s Northern Trust Open. In the time since, he’s competed in 28 PGA Tour events with just a single top-10 result. That could be about to change. 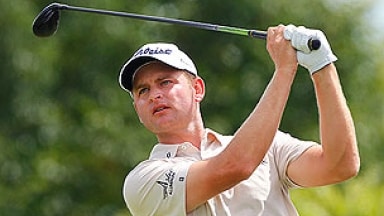 A winner earlier this year on the PGA Tour, John Merrick took the lead in Canada thanks to a 10-under 62 at Glen Abbey, tying the course record first set by Greg Norman in 1986. 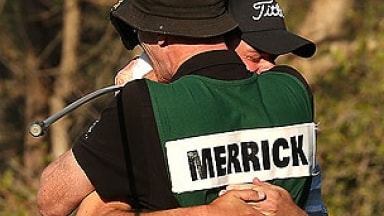