Micheel: From hospital into Memorial contention

DUBLIN, Ohio – The fact that Shaun Micheel is even playing is newsworthy in its own right. The fact that he is climbing the leaderboard at the Memorial Tournament is nothing short of remarkable.

Micheel is only two weeks removed from spending two days in a Dallas hospital when doctors were puzzled about his illness. He has withstood inner ear problems for three years, had vertigo a few months ago and among the recent symptoms was tingling and numbness on one side of his face.

Doctors believed he may have had either multiple sclerosis or suffered a stroke, but he was finally diagnosed with a treatable condition for which he has been taking medication.

After posting an opening-round 3-under 69, he continues to stay on the first page of the leaderboard in Round 2.

It’s been a trying few years for the 2003 PGA Championship winner. He was treated for low testosterone a few years ago and last year lost his mother after a long battle with cancer.

In 14 previous starts this season, he’s made just six cuts with a best finish of T-29 at the Bob Hope Classic. 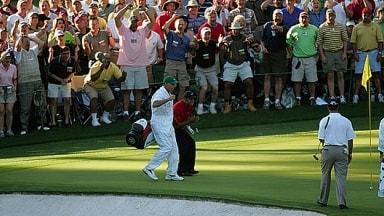 In reaction to Victor Dubuisson's dramatics, our writers offer up the most amazing shots they've witnessed. Tiger's chip included. 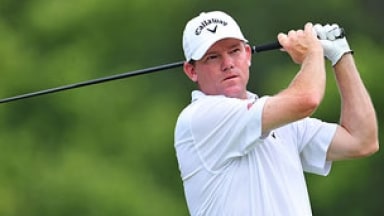 Former PGA champion Shaun Micheel revealed Thursday that he is dealing with a "multi-vessel heart blockage" and may require bypass surgery.