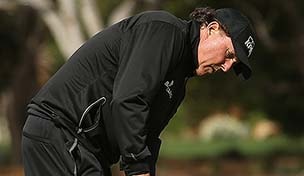 PALM BEACH GARDENS, Fla. - Phil Mickelson already has five starts under his belt during the 2013-14 season, including a tie for 19th at Pebble Beach earlier this month.

As the left-hander gets set to make his first start at the Honda Classic since 2002, though, he insists that the season is only just beginning.

"This feels to me like the start of the year because I feel good, I'm healthy, I'm able to swing it well," explained Mickelson. "I've had some good practice sessions, I feel strong and ready to play some good golf, and so this kind of feels like the start for me."

Mickelson tied for 11th the last time he teed it up in this event, back when it was staged at TPC Heron Bay and two full years before he won the first of his three green jackets. After playing his pro-am round Wednesday, he admitted that upon first glance, the penal Champion Course at PGA National doesn't have much margin for error.

Mickelson is now a full month removed from the back injury that forced him out of the Farmers Insurance Open and jeopardized his title defense at the Waste Management Phoenix Open the following week. He insists that after two weeks of practice and some skiing in Montana with his family, his back is ready for the Florida Swing.

"It's fine now," he noted. "I'll continue (treatment) to make sure that it stays without a problem."

While the calendar has yet to flip to March, Mickelson is eager to embark upon the upcoming stretch of golf with the season's first major near the forefront of his mind.

"With the Masters six weeks away, this is kind of where guys like myself and others are getting geared up for that event," he added. "It's important to get competitive, get sharp mentally and focused and play some good golf." 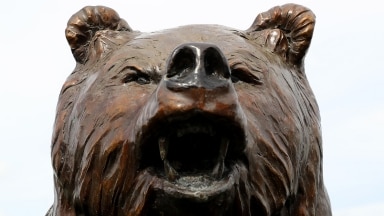