Something for free? Lefty offers up Torrey rehaul 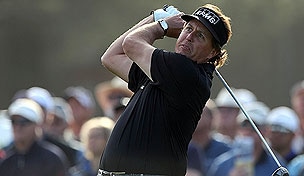 Phil Mickelson has offered his eye for golf course design for free, to the betterment of his native PGA Tour stop. The San Diego product is willing to help shape changes to the North Course of Torrey Pines, aiming to restore some luster to the 55-year-old course.

Mickelson met with San Diego mayor Jerry Sanders last week at the Farmers Insurance Open and has been given preliminary approval to submit a proposal for his pro bono restoration, according to the San Diego Union-Tribune.

It does not appear Mickelson’s aim is to duplicate the toughening of the South Course done by Rees Jones ahead of the 2008 U.S. Open. Mickelson has often been critical of Jones’ work, including at Torrey, Cog Hill in Chicago and last summer’s PGA Championship site, Atlanta Athletic Club. He’s often said that Jones’ designs are too difficult for everyday players.

Mickelson would likely seek to keep the North as a distinctly different, yet easier, test than the South Course. Though rated 48th among 52 PGA Tour courses by players in a recent Golf World survey, little criticism was levied against the course except for the need for updated bunkering and reworking a few greens.

Mickelson does have previous course design work on his resume, leading the architecture of the Lower Course at Whisper Rock Golf Club with Gary Stephenson in 2001.