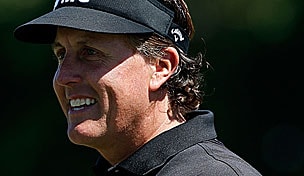 Following his opening-round 71 at the CIMB Classic, Phil Mickelson didn't pull any punches, explaining that he was 'doing everything wrong.'

After a 2-under 70 in Friday's second round in Malaysia, the five-time major winner remained just as frank with his self-evaluation.

'It was closer today, the rhythm was a bit better,' noted Mickelson, who sits in a tie for 25th through 36 holes, 10 shots behind overnight leader Keegan Bradley. 'But technically, I've got a lot of issues.'

The 43-year-old got off to a solid start Friday, carding birdies on two of his first seven holes at Kuala Lumpur Golf and Country Club. From there, though, Mickelson's round stalled, as he recorded back-to-back bogeys on Nos. 13-14 and went nine straight holes without a birdie.

The reigning British Open champion did close with birdies on his final two holes to somewhat salvage his round, but his post-round comments reiterated the fact that he continues to struggle with his tee-to-green game in Kuala Lumpur.

'I don't have the control of the swing that I'd like,' added Mickelson, who reached six of 14 fairways and found 13 of 18 greens in regulation during his second round. 'I'm not sure what side I'm going to miss it on. Playing this golf course from the rough, which I did today, is extremely difficult.' 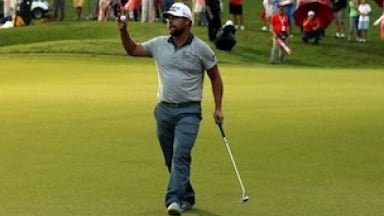 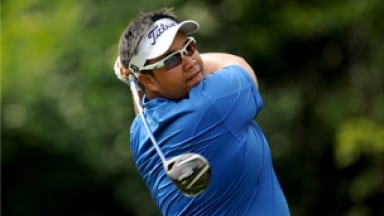 Kiradech Aphibarnrat sits just one shot off the pace at the CIMB Classic despite narrowly avoiding a penalty during Saturday's third round. 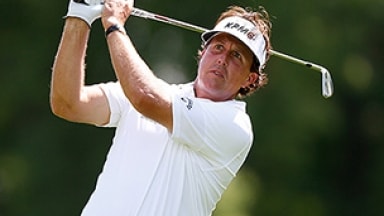 Following a 1-under 71 at the CIMB Classic, British Open champion Phil Mickelson was quick to criticize his own swing mechanics in Malaysia.