Miller on McIlroy's struggles: 'He's a bit of a mess' 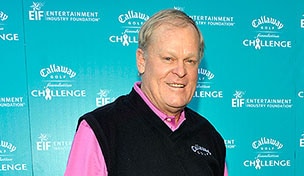 With former world No. 1 Rory McIlroy still struggling to find his game after widespread equipment changes this offseason, two-time major winner and current NBC golf analyst Johnny Miller did not mince words when evaluating the Ulsterman's season to date.

'He's hit the grand slam of things you have to watch out for when you're at the top,' Miller explained in an interview with Ron Kroichick of the San Francisco Chronicle. 'He's a bit of a mess.'

After a 2012 season that saw him win five times, including the PGA Championship, and ascend to the top spot in the world rankings, McIlroy signed a lucrative endorsement contract with Nike, overhauling his equipment and apparel overnight. In the six months since the switch, the 24-year-old has been seen more often leaving the course on Friday after a missed cut than contending down the stretch Sunday afternoon.

According to Miller, the various changes were more than McIlroy should have taken on at one time.

'I would say it's one thing to change your driver or your wedge, but you're asking for huge trouble when you change all your clubs and your golf ball at the same time,' he noted. 'I did it with Wilson, and I went into an immediate slump for four or five months.'

The comments from Miller echo those he made in February during Golf Channel's State of the Game broadcast, which was taped shortly after McIlroy's surprising first-round exit from the WGC-Accenture Match Play Championship.

'The minute I heard that he was going to switch everything, I'm thinking, 'Wow, that's a gamble,'' Miller said at the time.

The former U.S. and British Open champion also noted that while he expects McIlroy to recover the game that helped him win two majors by the age of 23, he believes the reported nine-figure contract the Ulsterman signed in the offseason caused him to lose focus.

'He's too talented not to find it,' added Miller. 'But when you sign a contract like that (with Nike), and you're that set for life, a signal goes on in your head: 'I've got it made.' It's a rare signal – a lot different than a wolf.' 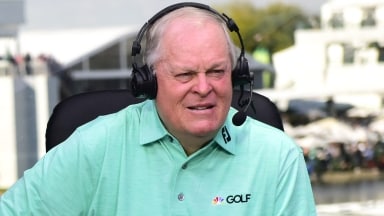 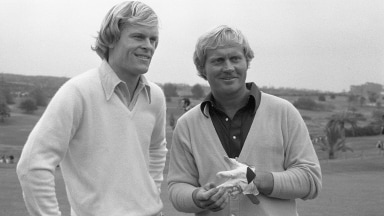