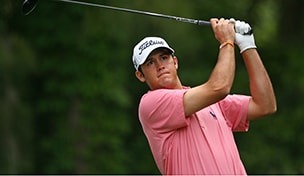 Assuming his PGA Tour dreams had been dashed, Corbin Mills shelved the clubs for four days and visited his girlfriend in Charleston, S.C.

Then the PGA Tour called.

Get ready, kid. You’re on to second stage, after all.

Overshadowed in Blayne Barber’s decision to disqualify himself from Q-School after believing he had signed for an incorrect scorecard was this: Six players moved from T-19 to T-18, good enough to advance to the second stage.

One of those players was Mills – ironically, one of Barber’s former Palmer Cup teammates – who was an All-American at Clemson and also the winner of the 2011 U.S. Amateur Public Links.

“I was thinking about what’s the next step, not really knowing what’s going on,” Mills said Tuesday on Golf Channel’s “Morning Drive.” “I got the phone call and was kind of shocked.”

Because Barber waited six days before notifying the Tour of his DQ, Mills went four or five days without touching a club. Had he known earlier that he was advancing, Mills likely would have begun preparations for second stage, which begins Nov. 14 in Brooksville, Fla.

“I’m just happy to have the opportunity,” Mills said. “It takes a lot for someone to do that. I gained a ton of respect for him. Our careers are on the line, and it’s a hard decision to make. He felt like he made the right decision, and obviously myself and five other guys are really happy he did that.”

Added Barber: “I’m happy those guys get the second chance. I’m glad my decision didn’t alter their careers because of a mistake I made.” 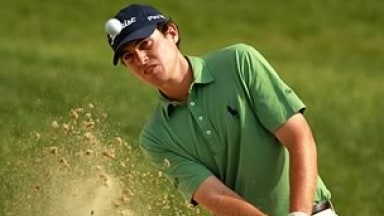 With Hurricane Sandy bearing down on the Florida coastline, tournament officials are scrambling to finish the first stage of Q-School. 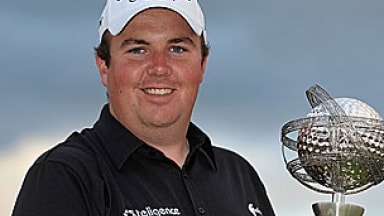 Newly minted European Tour champion Shane Lowry won't attempt Q-School, after all, opting instead to try and crack the top 50 in the world.