Best of the rest: Most anticipated non-major 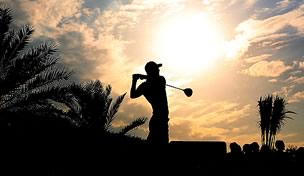 Getty Images
CHASKA, MN - AUGUST 15: The golf bag of Ryo Ishikawa of Japan is seen on the tenth hole during the third round of the 91st PGA Championship at Hazeltine National Golf Club on August 15, 2009 in Chaska, Minnesota. (Photo by Jamie Squire/Getty Images)  -

The Masters in April, the U.S. Open in June, the British Open in July and then finally Glory's Last Shot – the PGA Championship in August. The Big 4. But looking past those four premier events, which non-major will be this year's most anticipated? GolfChannel.com senior writers Jason Sobel, Randall Mell and Rex Hoggard weigh in.

Executives in Ponte Vedra Beach headquarters aren’t going to like this. They’d like us to believe that the most anticipated non-major of any year is The Players Championship – or at the very least, The Tour Championship by Coca-Cola, the season finale to the FedEx Cup playoffs. And yes, those guys never forget a presenting sponsor mention.

Excuse me for being short-sighted, but the non-major I’m most looking forward to this season is coming up very soon. And it isn’t even on the PGA Tour schedule.

Instead, put me down for the Abu Dhabi Championship, part of the European Tour schedule, which will be contested Jan. 26-29.

The event will include each of the world’s top four players – Luke Donald, Lee Westwood, Rory McIlroy and Martin Kaymer – making their season debuts. It will feature three of last year’s four major winners – McIlroy, plus Darren Clarke and Charl Schwartzel. It will host a bevy of young talents, led by Tom Lewis and Matteo Manassero.

And yes, there’s the obvious Tiger factor, too. Coming off his first win in more than two years, Tiger Woods will be playing in Abu Dhabi for the first time, which always adds plenty of intrigue to the festivities.

As if all that wasn’t enough, the tourney occurs during a week in which it should get top billing on this side of the pond. During the bye week between the NFL conference championships and Super Bowl and with pro and college basketball still in early-to-mid-season mode, the world’s best players competing nine time zones from the East Coast should garner plenty of attention.

You know what they say, don’t you?

With Tiger Woods making his 2012 debut there later this month, the United Arab Emirates feels like it will be the center of the golf universe. So many folks want to see if Woods is ready to build on his Chevron World Challenge win and step on some necks again.

With that said, the Abu Dhabi Championship isn’t the best non-major scheduled this year. Not even close. It’s a Ryder Cup year. No event outside the majors compares to the Ryder Cup. No event, including the majors, is more electric with galleries singing and chanting like they’re at a football game. There’s suspense over every match in a Ryder Cup. There’s drama over practically every shot. The atmosphere at Abu Dhabi won’t compare to what will unfold at Medinah in September.

The Americans want the cup back, but Europe is formidable with the top four players in the world from there and with the Euros having won four of the last five Ryder Cups and six of the last eight.

You won’t have to wait long to scratch your marquee golf itch in 2012. Just three weeks, in fact, until the golf world descends on the United Arab Emirates for the Abu Dhabi HSBC Golf Championship and what can only be described as a mid-major.

In just the year’s fourth week the field will include no fewer than three of the top 10 players in the World Golf Ranking, led by No. 3 Rory McIlroy, a wealth of European Ryder Cup team implications and the guy in the red shirt.

You remember Tiger Woods, right? He finished 2011 with a near-miss at the Australian Open, clinched the winning point at the Presidents Cup and played much better than that 2-3-0 record suggested, and outdueled Zach Johnson down the stretch to win the limited-field, silly-season Chevron World Challenge.

Chevron was significant because it was his first 'W' of any kind in more than two years regardless of official money or field size, but Abu Dhabi looms as an exclusive litmus test for a swing still something of a work in progress.

“Last year, when I went to (the Dubai Desert Classic), I got exposed again because the wind was right to left and I couldn't cut the golf ball into it,” said Woods, who started the final round last year in Dubai a stroke out of the lead but finished with a windblown 75.