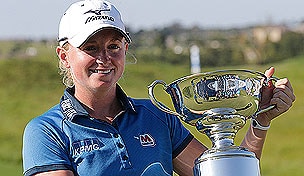 NAPLES, Fla. – Navistar is pulling the plug on its six-year sponsorship of the LPGA event on the Robert Trent Jones Golf Trail in Prattville, Ala., the Montgomery Advertiser reported Wednesday.

With the LPGA seeking a new title sponsor, the fall event is in jeopardy, the newspaper reported. Stacy Lewis won the tournament in September.

“Our current business climate requires a reduction of our sponsorship activities, including our sponsorship of the Navistar LPGA Classic,” Navistar spokesman Stephen Schrier said in a released statement.

“We're all committed to continuing the tradition of women's professional golf in Alabama and the city of Prattville and are working together to deliver on those goals in 2013,” Kann said in a statement. 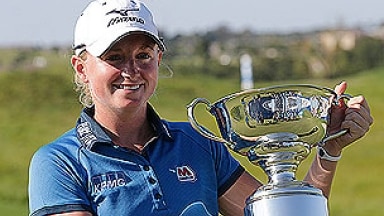 Stacy Lewis won the Navistar LPGA Classic on Sunday for her third LPGA Tour victory in five months, closing with a 3-under 69 to beat defending champion Lexi Thompson by two strokes. 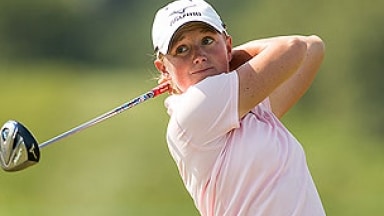 Stacy Lewis is No. 3 in the world ' and No. 1 in Alabama. Lewis shot a 7-under 65 on Saturday to take a two-stroke lead over Angela Stanford in the Navistar LPGA Classic, while second-round leader Lexi Thompson fell five shots behind. 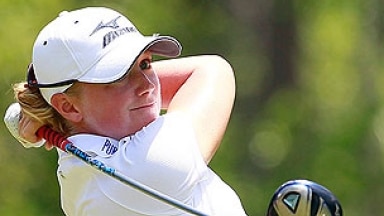 Stacy Lewis shot 65 on Saturday to take the lead at the Navistar LPGA Classic and close in on an 'Alabama Slam.'