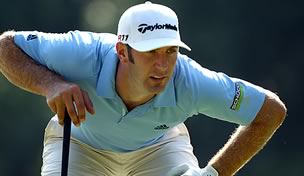 Randy Myers may be the busiest man in golf right now, or at least it seemed that way when GTC caught up with him between training sessions on Wednesday.

Its been an eventful few months, said the Sea Island (Ga.) Resorts director of fitness, as he ran through his list of rehabbing PGA Tour players. Its weird. This is usually the time when guys are just fine-tuning.

On Thursday, Dustin Johnson and Brandt Snedeker move from the DL to the tee sheet at the Humana Challenge following off-season surgeries. On Tuesday, Myers had his first training session with Lucas Glover, who was sidelined by a knee injury at the season-opening Hyundai Tournament of Champions. Glover is planning to start his season at next weeks Farmers Insurance Open.

Most of this weeks attention will be on Johnson, who had surgery on Nov. 29 to repair cartilage damage in his right knee.

He had a bit of a setback at Vaughn Taylors wedding, and there was some swelling that concerned him, but he just needed to take it easy for a few days, said Myers, who figures Johnson is at about 90 percent functionality to begin his season.

Myers started preparing for the new season with Johnson on Dec. 10 and said there are no limitations to his swing, but he cant accelerate through the shot like he would want to just yet.

Snedeker, who had surgery on his left hip prior to the 2012 season, had a similar procedure on his right hip in early November but is ahead of schedule in his rehabilitation.

He came back well because there was no tear in his labrum, but any time you resurface the hip, its pretty severe, Myers said.