Not working for the weekend at Frys.com 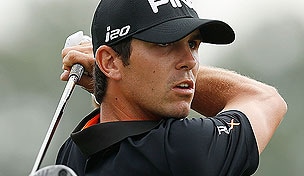 SAN MARTIN, Calif. – Friday is payday. For the working class and for those who play golf for a living.

The Frys.com Open cut line fell at even-par 142, allowing 80 players to make it to the weekend. They will get to cash a check. Fifty-one others who played two rounds at CordeValle Golf Club will not.

Among that latter group:

• Billy Horschel (74-69, 1 over par) – Beginning on the back nine, Horschel was 3 under through 13 holes Thursday, but triple bogeyed the par-4 fifth and then bogeyed the sixth, seventh and ninth holes. Who wants to play golf when you’ve got Florida vs. LSU on Saturday?

• Retief Goosen (75-70, 3 over par) – Making his first PGA Tour start since The Players because of a back injury, the two-time U.S. Open champion is still search for his form.

• Erik Compton (73-73, 4 over par) – Compton received the inaugural PGA Tour Courage Award Wednesday but made too many bogeys on Thursday and Friday.