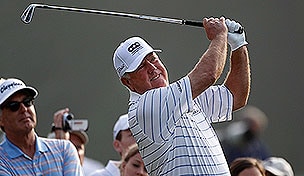 ORLANDO, Fla. – The key to success at the PNC Father/Son Challenge, at least for the combo of Mark and Shaun O’Meara, is a healthy understanding of the obvious.

The older O’Meara, for example, is six years removed from his last full season on the PGA Tour and admittedly no longer has the pop off the tee that he used to have. Enter Shaun, a recent graduate from the University of California-Irvine, where he was a member of the school’s golf team.

When asked by reporters, after the two combined to shoot 11 under on Saturday at the Ritz-Carlton Golf Club, if he felt any pressure on the first tee early Saturday, the older O’Meara didn’t hesitate, “Not quite as much as normal with the way he drives the ball.”

The younger O’Meara was so prolific on Day 1 that on the 11th tee, following another booming drive, Dad didn’t even bother teeing off. “Told (playing partner Bernhard Langer) to go ahead. I didn’t need to hit. No use.”

Similarly, the tandem of Davis and Dru Love was bolstered by the younger player’s putting and are pacing the 16-team field at 12 under heading into Sunday’s final round.

“I just like to watch,” smiled Davis. “It’s like Brandt (Snedeker) last week (at another team event – the Franklin Templeton Shootout). The way he’s rolling it, I may have to ask him for a (putting) lesson.” 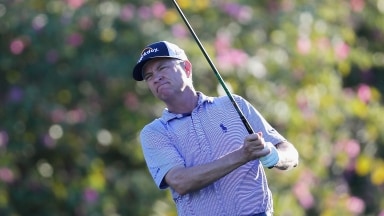 Love races home for the birth of his grandchild

Davis Love III was forced to withdraw from Wednesday’s pro-am at the RBC Heritage, but as withdrawals go, it was for all the right reasons. 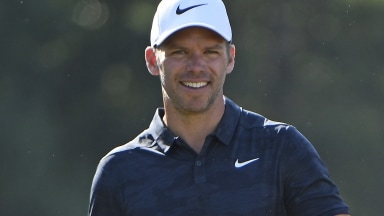