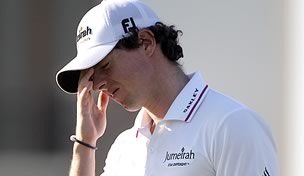 Getty Images
PACIFIC PALISADES, CA - FEBRUARY 20: Phil Mickelson of USA plays his approach shot on the 13th hole during the second round of the Northern Trust Open at the Riviera Country Club February 20, 2009 in Pacific Palisades, California. (Photo by Stuart Franklin/Getty Images)  -

Although there is still plenty of time remaining in 2011, and an official event on the Tour de Las Americas, the final World Golf Ranking was published on Sunday and the top 50 players secured invitations to next year’s Masters.

Jim Furyk held on to the final spot to secure his eighth consecutive trip to Augusta National, while Ryo Ishikawa slipped to 51st after he finished tied for 58th at the Thailand Golf Championship.

Gary Woodland also dropped outside the top 50 (No. 52), but he was already qualified for The Masters. Players can still qualify for the season’s first major by either winning a PGA Tour event or moving into the top 50 in the ranking published the week before the tournament.

Lee Westwood, who began the year atop the ranking and lapped the field in Thailand by seven strokes, unseated Rory McIlroy in the No. 2 spot.