Park wins Women's Open for third major in a row 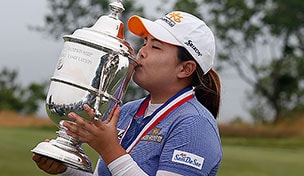 Inbee Park made history Sunday at the U.S. Women’s Open, becoming the first woman since Babe Zaharias in 1950 to capture the first three majors in a season. Here is the skinny on the final round at Sebonack:

What it means: Regardless of what transpires at the final two majors of the year, Park, 24, already has become the fourth player in LPGA history to win three majors in a season, joining Zaharias, Mickey Wright and Pat Bradley. All eyes now turn to the Women’s British Open, where Park will attempt to become the first golfer, male or female, to win four majors in a calendar year. Park now has four career majors, including two Women's Opens; only 15 players in history have won more than four.

Round of the day: Only a meltdown could keep Park out of the winner’s circle, and she was her usual steady self Sunday, opening the round with five consecutive pars before turning in 37. She birdied the 10th hole and was staked to a six-shot lead at one point on the back nine. She coasted to a final-round 74.

Best of the rest: Casie Cathrea matched the low round of the day, a 2-under 70, on Sunday to earn low-amateur honors at 9-over 297. (Shanshan Feng also posted 70 to finish T-9). The race for third place was won by Ryu, who shot even-par 72 and was one of only three players to finish the event under par.

Biggest disappointment: I.K. Kim, the only player with a reasonable chance to hunt down Park, missed a few good chances on the opening nine that would have made the closing stretch a bit more interesting. Instead, she made three bogeys in a four-hole stretch and never drew closer than four shots late, closing with 74.

Shot of the day: Already with a commanding lead, Park stuffed a wedge on the par-4 ninth to give herself a five-shot cushion heading into the back nine at Sebonack. For good measure, she drained a 15-footer for birdie on the 10th.

Quote of the day: “It’s scary to think about what I’m capable of doing” – Park 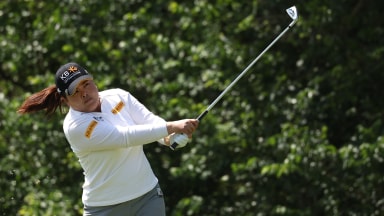 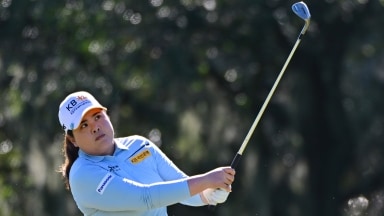