PGA could go in radical direction for next U.S. Ryder Cup captain 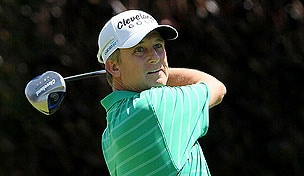 The PGA of America may be on the verge of breaking tradition with the 2014 U.S. Ryder Cup captain.

GolfChannel.com has learned that less than 48 hours before an announcement scheduled for Thursday at 8:30 a.m. ET, David Toms – a logical candidate for the position based on previous trends – still has not spoken with PGA officials in regard to the job.

Each of the last five U.S. captains has been a major championship winner, between the ages of 46-50 and still active on the PGA Tour, competing in at least eight events during the year of his captaincy. Toms is the only man who would fit those criteria for the next skipper, but the fact that he hasn’t heard from those making the decision doesn’t bode well for his chances.

All of which likely means the PGA of America is seeking a different type of captain in the wake of five losses in the last six editions of the competition.

Potential candidates are believed to include Tom Watson, who captained the team to its last win on foreign soil in 1993; Fred Couples, who is 2-0 as Presidents Cup captain; and Larry Nelson, a three-time major champion, who is considered amongst the biggest snubs for the roles in the past few decades.

'It would be a great honor if I got tapped on the shoulder,' Watson said during last week’s Australian Open. ''93 was the last time I've been to a Ryder Cup. I'd like to go back as captain. That would be cool.'

Other dark-horse possibilities include Kenny Perry and Paul Azinger, who was the last man to lead the U.S. to victory in 2008. Some have even suggested that two-time captain Jack Nicklaus could even return to the role. He last captained the Presidents Cup team to victory in 2007.