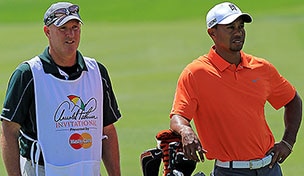 A group of PGA Tour caddies met with lawyers on Tuesday at Sea Island (Ga.) Resort to finalize plans for the creation of the Association of Professional Tour Caddies (APTC).

“We can’t be a union because we aren’t employed by the Tour,” Edmondson told GolfChannel.com. “We feel like we are going to have one voice. I reached out to everybody and received an overwhelming response.”

Edmondson said more than 100 Tour caddies have joined the organization and the group hopes to create health insurance and retirement plans for its members.

Members will pay dues to join the APTC and Edmondson plans to meet with the Tour in the hope of drawing financial support from Ponte Vedra Beach, Fla.

“It’s a new age of caddies. It’s more of a profession. It’s a different bread,” Edmondson said. “It’s the time now to enhance the profession and make it better for the guys who are coming up behind us.”

The APTC also plans to create an associate program for Web.com Tour and Champions Tour caddies, and caddies from the European Tour and the PGA Tour of Australasia will also sit on the board.