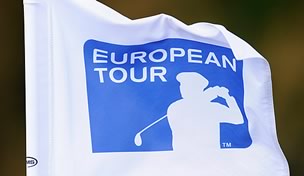 ABU DHABI – On Tuesday, the PGA Tour Player Advisory Council was briefed at Torrey Pines on the new proposal to make the Nationwide Tour the primary avenue to PGA Tour membership and Q-School a feeder tournament for the secondary circuit.

Player support of the plan seems to be building despite initial reservations, while a world away, European Tour observers think the move could be an unintended boon for their circuit.

Because Q-School would no longer offer direct access to a PGA Tour card, the theory is some young Americans would opt for European Tour Q-School where they could graduate to the primary circuit, earn world ranking points and play for dramatically higher purses than they would on the Nationwide Tour.

Former U.S. Amateur champion Peter Uihlein has already embarked on a similar path. After bolting Oklahoma State late last year, Uihlein set his sights on Europe and is committed to playing the secondary Challenge Tour this season as the first step in a three- to five-year plan to becoming “a global player,” his manager with International Sports Management Chubby Chandler said.

“Are you better off learning around the world and then going back to the PGA Tour? My guess is yes,” Chandler said. “I won’t be surprised if you don’t see 20 Americans at European Tour Q-School this year.”