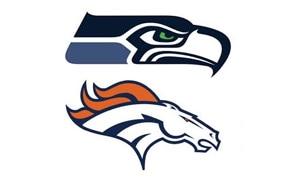 Earlier this week in Dubai, Tiger Woods revealed he’s rooting for the Broncos.

“I like the Broncos,” Woods said. “I’m good friends with Peyton (Manning). Let’s be honest, he got scrutinized pretty hard when he left (the Colts) that he would never be the same after his neck surgery, and it’s right, he’s not the same; he’s better. That’s cool to see. That’s cool to see the hard work that he put in to shut everybody up.”