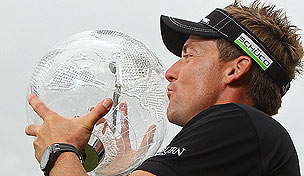 A month ago, Ian Poulter spoke of the distraction caused this season by the construction of a new, custom-built Orlando home.

“It has been very stressful. It has cost twice as much and taken twice as long as I thought. It becomes expensive, not only on your house but also on your time,' he said at the WGC-HSBC Champions.

The Englishman declared his stretch run as 'serious,' looking to back up defeating world No. 1 Luke Donald in the World Match Play for his lone win of 2011. On Sunday, Poulter did just that in winning the JBWere Masters. Overcoming local Geoff Ogilvy, Poulter shot a final-round 67 to win by three shots.

The $180,000 which Poulter earned for the win will help offset some of the cost overruns on his new home, which he said had ballooned to double his budget.

Perhaps more importantly, however, Poulter earned critical world ranking points which will help his bid to make the Ryder Cup for the fifth consecutive time. Poulter will end the year at No. 16 in the Official World Golf Ranking, which is used to select five automatic qualifiers for Medinah next September.

The 32 points Poulter earned for winning at Victoria GC moves him up from 44th to 17th on the world points list. 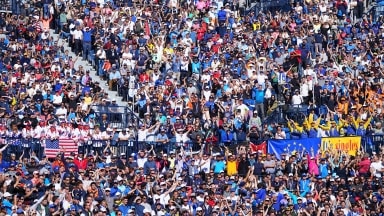