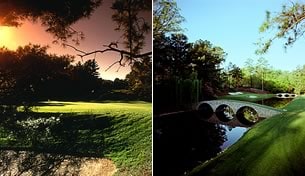 Covering this year’s Walker Cup, I absolutely fell in love with National Golf Links of America, in Southampton, N.Y. The first two holes – for the big-hitting amateurs, at least – are drivable. The trio of par 3s is great fun. And the last hole, a reachable par 5, gives the illusion that you’re hitting the second or third shot into an infinity green, with the Great Peconic Bay lurking in the background. It’s spectacular, and so, apparently, is the lobster served in the clubhouse, which could serve as the necessary fuel for our cross-country flight to Cypress Point.

Surely the grub there is fine, too, but the real treat is the views, which are breathtaking, and the eclectic collection of holes, which should make this gem No. 1 on every golfer’s bucket list. Sure, you might be able to find two better courses in America, but you’d be hard-pressed to find two that are more fun to play, especially in the same day.

Pebble Beach and Spyglass? Been there, done that. Bethpage Black and National? Very tempting. The “You Pick Two” special at Bandon? Sounds like a Panera lunch deal. Augusta National and Pine Valley? Apparently any 20-year-old can do that these days.

The truth is, if I’m going to play any of those places, I’d like to take my time and enjoy the atmosphere rather than race for the parking lot to get to the next track. Hey, you wouldn’t rush through a date with Kate Upton, so why settle for a quickie with one of the world’s greatest courses?

If I’m going to play two cool U.S. courses in one day, I want to have a story. I want something to tell my grandkids someday. I want to make a little history.

I’m picking Eagleglen GC and Nanea GC – in that order.

First I’ll start in Anchorage with a Robert Trent Jones design that is listed as Alaska’s best course by Golf Digest. Then I’ll shed a layer or two and hop in the G7 for the Aloha State, where I’ll play the magazine’s crown jewel of Hawaii, which features a view of the Pacific Ocean from every hole.

Two excellent tracks will make for one excellent story. Just imagine how cool it would be to begin the day in Alaska, whipping past snow-capped mountains, then finish it in Hawaii, surrounded by a tropical paradise.

Sure, there are more traditional offerings to put on my dream list, but I’d rather take my time and enjoy all the amenities of those courses. Maybe sneak out for an emergency 18. Or 36.

If I’m picking any two to play in one day, I’m going for the big story over the big name. Hey, it’s my dream. You can’t tell me it’s wrong.

If I’m given carte blanche for a 36-hole day of dream golf, I’m starting my trip on Magnolia Lane. Augusta National probably tops more bucket lists than any other golf course, mine included, so to be able to begin with a morning round through Amen Corner and across a back nine that may evoke more of golf’s historic moments than any other is too good to pass up.

After a quick bite to eat near Butler Cabin (hold the pimento cheese), I’m heading north to the Sandhills of North Carolina and one of Donald Ross’ crowned jewels, Pinehurst No. 2. The Village of Pinehurst holds a special place in my heart – I love the area, the ambiance and several of the courses on-site. None are better than No. 2, though, and an afternoon round taking in the recent changes made under the watchful eyes of Coore & Crenshaw would be a perfect way to end an ideal day.

Augusta in the morning, Pinehurst in the afternoon … doesn’t get much better than that. Hopefully my short game comes along for the ride.

Heaven on earth would be 18 holes at Pebble Beach Golf Links in the morning and 18 at Cypress Point Club in the afternoon.

Put my dad and my two brothers in my foursome, and I'll be weepy on the first tee box.

There may be better overall tests of golf you could arrange back to back in a single day, but nothing as spectacular as those two courses, both built along the Pacific Ocean and the Monterey Peninsula. Anyone who plays golf knows the grandeur of Pebble Beach, but nobody tires of it. There’s nothing like stepping on that No. 7 tee and hearing sea lions barking and waves crashing on the craggy rocks around you. I’m fortunate enough to know that thrill, but I’ve never played Cypress Point, where there's more mystique than Pebble Beach because there's so much more mystery. We don't know it like we do Pebble.

Alister Mackenzie is credited for building three of the best holes in the world – Nos. 15, 16 and 17 – along the ocean at Cypress Point. If his design can rival the awe inspired by Pebble Beach, I’m more than intrigued.

There is no shortage of 36-hole dream days in the Lower 48 – Augusta National and Pine Valley top most folk’s “bucket list.” Or maybe Pebble Beach and Cypress Point is your cup of tea.

But for the perfect combination of architectural brilliance and effortless proximity, we’ll take National Golf Links of America and Shinnecock Hills Golf Club in Southhampton, N.Y.

Separated by the narrow Sebonac Road, one wouldn’t need a second warm up after a round at one of these gems before setting out for the afternoon 18.

And the golf, well let’s just say Southampton’s 11968 zip code may be the deepest collection of classic architecture this side of the Monterey Peninsula.

Although both courses are perennially ranked among the top courses in the country, Golfweek Magazine’s top 100 list of “Classic Courses” puts the relevancy of proximity and perfection in context. Shinnecock Hills and National Golf Links rank third and fourth, respectively, on that list.

By comparison, Pine Valley and Cypress Point are Nos. 1 and 2, respectively, on the Golfweek list. Although that would be a potent combination, a mid-round red-eye doesn’t exactly scream “dream day” to most folks.

Whereas a day on Shinnecock and the National would literally be a walk across the two-lane road, but not before a relaxing lunch and maybe even a nap. 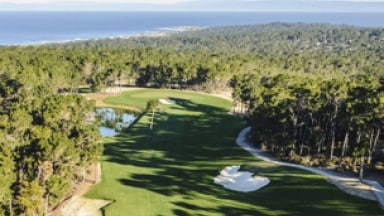 Mike Bailey and Matt Ginella got a sneak peek at the brand new Poppy Hills, which is set to reopen to the public on April 4th. Here's the story on Pebble Beach's newest golf development after an extensive renovation and redesign. 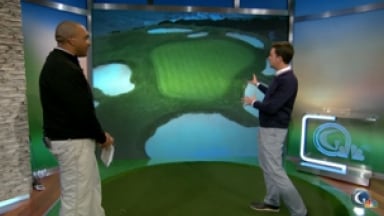 Pebble Beach Golf Links has been through a lot in its near 100-year history. Golf course design expert Geoff Shackelford showcases some of the biggest changes to the course. 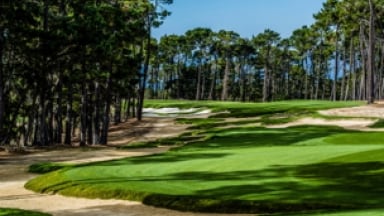 It's a busy spring on the famed Monterey Peninsula: Pebble Beach recently opened a brand new driving range and teaching academy, while nearby Poppy Hills is set to reopen after more than a year closure.